The unbranding of Starbucks 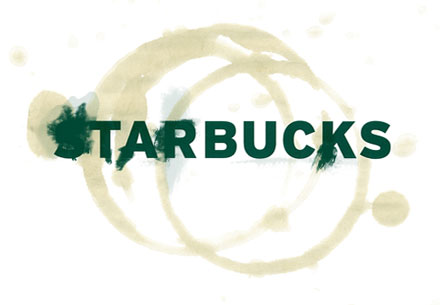 As consumer appetites shift towards increased transparency and buying local, large chains are finding themselves the growing target of consumer backlash. In its quest for world domination, Starbucks has responded to this backlash not by changing its brand image, but by running away from it. In three new Seattle stores, it has removed all traces of its branding and decorated with distinctly non-corporate furniture and art, all in an effort to appear to be the newest, hippest, indie shop on the block.

Starbucks has always had a group of consumers that it has been unable to capture: locavores. These consumers avoid the large chains in lieu of local shops and an individualized, uncorporate atmosphere. These are the people the company is trying to attract by abandoning its trademark homogenous experience.

The problem is that this isn’t marketing; it’s deception. And this duplicity is bad news for the Starbucks brand. Consumers who are intentionally misled about a product or service can’t make informed decisions about which products they support. Once they uncover the deceit, it could mean a loss of brand loyalty and even corporate profits for the company.

Wouldn’t it make more sense to spend money in a way that increases brand loyalty? Forgoing the immediate gratification of selling more $4 coffees in favor of slowly building a customer base that views the Starbucks brand in a positive light will be much more lucrative in the long run. Because, with over 11,000 stores in the US and over 6,000 stores abroad, these coffee lovers are bound to run into another Starbucks wherever they go.

Ironically, the very concept this “local chain” suggests — that smaller is better — could ultimately destroy Starbucks’s global branding. Rebranding by unbranding will do nothing to remove stigmas surrounding Starbucks’s current image. In fact, Starbucks is encouraging customers to step away from national chains altogether. That doesn’t bode well for a big, national coffee retailer.

Starbucks needs to reconsider the values and practices that are driving customers away and then make the necessary changes. In other words, it needs to focus its energy on rebuilding its own identity before attempting to create another. Starbucks shouldn’t just appear to become a better, more community-focused brand — it should actively work to become one. And it will take more than a new name and store layout to do it. One approach is to invest in these communities by underwriting local coffee houses. Starbucks could leverage its supply chain to lower costs and streamline operations for smaller stores, helping them through a difficult economic time and opening up assets that can be used to better the store and its community. As part of the Starbucks network, stores could sell Starbucks coffee in addition to their own; or, they could simply use the logo as an endorsement on the door, or list the company as a sponsor for regular events.

I’m not a Starbucks hater. I just find unbranding unnecessarily underhanded. I’m happy to stop in a Starbucks for a quick caffeine fix, but I want to feel good about where I exercise my purchasing power. Starbucks has a long road ahead in getting people like me in the door — and dishonesty isn’t the way to go.